Homosexuality is a disease that has long plagued the gay community.  The CDC reports that for every four confirmed cases of homosexuality, three men afflicted with this condition have a genetic mutation of the SRY gene that forces them to exhibit hallmark symptoms of homosexuality, including a primal hunger for same-gender DNA and accented speech.  The other 25% of men contract homosexuality through other means, including chemtrails, temptation and other methods debated by the scientific community.

[adinserter block=”3″]Scientists working on behalf the Christian Defense League of Texas confirm findings by the CDC.  In a recent assay involving over 200 gay men, genetic testing revealed their homosexuality was innate and encoded by a damaged SRY gene.  In gay males, the SRY transcription factor causes the production of oddly shaped testosterone, causing confusing fluctuations of masculinity during the male’s pivotal adolescent years.

[democracy id=”2″] It is during this time that researchers believe males either become fully accept or become at least agnostic toward their homosexuality, leading to what is traditionally known as the gay lifestyle:  intense work schedules, jetting off to exotic fleshy vacations to whet innate desire, sassy and cerebral tendency in conversation, insomnia conquered by late-night coke fueled benders and constant desire to seek foreign testosterone all hours of the day.

[adinserter block=”1″]Many gay men would like reprieve from their intense ways but have to live with the shame and dogma of the expenses of medical treatment.  Nationwide, if parents decide that their child may be exhibiting signs of Type 1 homosexuality (present at birth), they are faced with years of frustrating and expensive medical treatment such as gay conversion and gene therapy. 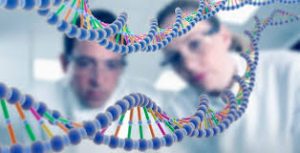 Most Americans cannot afford to spend hundreds of thousands of dollars out of pocket, so parents are forced to watch their child grow up and endure the hormonal storm of emergent homosexuality.  If insurance companies were to be forced to include homosexuality as a preexisting condition, over 4 million Americans would then have access to the medical treatment for homosexuality.

Americans who have contracted homosexuality deserve fair insurance coverage and it is criminal to prevent them from such.

Richard Patrick Petersen is a conservative Republican who believes it is time to Make America Great Again.