One of the most interesting trends of the Obama presidency involved Obama’s disturbing interest in colonizing Mars.  Obama decreed that the United States must colonize Mars and purportedly signed a secret law that would make him president of Mars should he choose, then  earmarked billions of dollars for NASA to send a rover to the planet and set a goal to have a ‘permanent city’ on Mars by the year 2030.

The apocalyptic power and desires of Barack Obama are well known to the media community: the ability to spread homosexuality through conservative states with a flick of his wrist, the ability to inspire liberals to take up war against the kingdom of heaven itself. From all the horrifying things that took place during Obama’s reign of liberal darkness, perhaps the most bizarre report was that Obama regularly drank Mars water to give himself abilities beyond that of natural men and he shared this water with his illuminati friends who stood loyal until him. 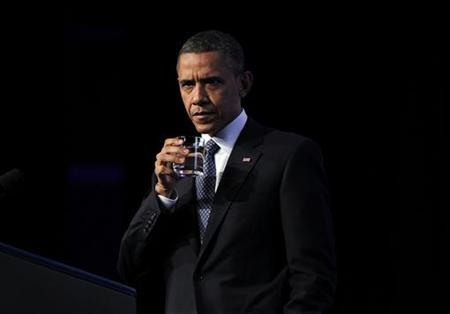 Barack Obama drinks ancient Mars water to give himself the power of the Egyptian gods.

According to ancient Roman texts, Mars was the god of war. Christian scholars hypothesize that Mars was actually a fallen angel who hid-out on the planet Mars (hence its name) after Satan and his liberal angels tried to fight God and were thrown out of heaven.

Mars went on to sneak to Earth where he tried to quietly rule the ancient world under many different names.

Online reports cite Obama diverted a budget-busting $64 billion to NASA, which proved puzzling to those even sworn to secrecy within his administration.

According to ancient Egyptologists hired to work for Obama, ancient hieroglyphics were found on Mars.  The translation of some of the glyphs roughly translate to ‘O-bama’.  Even more disconcerting, there are allegedly underground cave formations that would allow people of shorter stature to easily walk around and discover cities.

Image from the Obama-era allegedly taken by the Mars Curiosity rover captures secret service agents forcing ‘genetically engineered little humans with green hair and orange faces, to better survive the Martian sun’ to dig deeper into ancient tunnels and bring out Martian water deposits bucket by bucket, where they are stored in the containers seen in the image and sent back to Earth on small propelled return vessels.

A martian rover fell into one of these cavernous structures and it was there that signs of water and intentionally set tunnels were discovered.  This is where documentation becomes murky, as Obama allegedly ordered Hillary Clinton to terminate any ‘evidence’ of Project Fallen Angel, a secret Obama White House conspiracy to send secret service agents and ‘little people’ on a one-way trip to Mars to explore the caverns and Martian water.

NASA is being forced to deny Project Fallen Angel, but moles within the Obama administration report bottles of Martian water were stored within the guilded lockbox room of the White House, the same room where nuclear codes and highly classified objects are stored.  Obama and his most trusted administration would drink the water, sharing it with other titans of industry and illuminati.

Hillary Clinton’s failing health allegedly took place because she was allergic to the water, but still continued trying to drink it.  Obama drank the most, allegedly believing that the water could unlock within himself the power of Ares, whose was noted to be an angel that could cause humans ‘ to become angry, to the point of war’.  Look at all the war, riots and violence that has fallen upon America since Obama:  it is correlative proof that Obama’s use of the Mars Water is doing as he planned, unraveling America by making its citizens turn against each other with war in their hearts and rage in their minds.

Obama plans for America to tear itself down, so that one day he can rebuild a kingdom of liberal darkness upon its smoldering ashes.  Some people are saying it is Trump and his administration celebrating division, oppression of minorities and trying to set poor Americans against each other, but really, it is proof that Obama is becoming that of Areas of mythology, casting humanity into war and chaos.