The liberals are up in arms because President Trump was being body positive. Hours ago in France, Trump had a chance to meet Brigitte Macron, France’s first lady.

Macron wore a nice blue dress and was all smiles after being complimented by the most powerful man in the world. That body of toned muscles and sleight abdomen earned through grueling hours of skin-tight yoga pants pilates and lunges paid off, because the most powerful man on Earth was just left with one true word when looking upon her: beautiful!

If Obama had given out such a compliment to Macron, it would be all silence from the liberals. It was only years ago that Obama and French president Sarkozy were eyeing down female forms and doing mental catcalls, but the liberal world was silent on their antics: 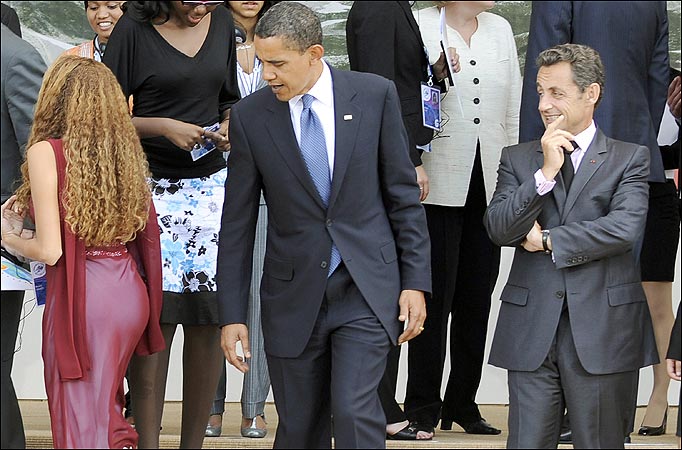 To get an accurate picture of everything, here’s what really happened.  It was a beautiful summer day in France.  The Macron’s took Donald and Melania Trump to visit several museums.  After a day of walking behind and around the French first lady, President Trump’s eye for detail noticed how she is in such great a fit shape?

Was it only months ago that Michelle Obama was trying to encourage women to exercise more?

Trump finally just could not contain himself and much like Honest Abe Lincoln, Truthful Trump had to say what everyone else was thinking:  ‘You’re in such great shape.  Beautiful!”

How is this not a saying.  The sun is shining on this beautifully blonde woman in France, the air carrying the scents of romance as the ardent warmth of the summer’s air coalesces with the sense of purpose and connection to history that takes place in such prominent museums.  The president was caught in a perfect moment and in front of his wife, delivered an innocent compliment: