Still masticating their lusty chops and savoring victory with Wonder Woman 3D converting millions of untouched women to lesbianism, gay women are using their mastery of film making and unparalleled creativity to launch a new media product that will lure more women and even men into the mysterious fold of lesbianism.

Dr. Who is a popular British television programme that captures the adventures of a demigod time traveler called ‘The Doctor’ as he uses a time-traveling vessel named the TARDIS to explore the cosmos and reshape the destiny of humanoid species across the galaxy.  Throughout the doctor’s traditional travels, he has gone about restoring values and morality and protecting the innocent from harm, especially from a malicious robotic species named the Dalek.

Moles within the lesbian community confirm that according to their data analysis, a female lead on Dr. Who will confuse the minds of the reclusive men who idolize Dr. Who and use him as a fantastical escape for their droll lives, similar to how many men see Batman as an avatar of themselves.

The Daleks are the inspiration for the anti-Christian robots Obama researched with Russia, China and North Korea and unleashed on Christians in China in 2011. 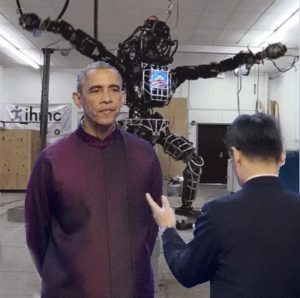 These men will suddenly be left to attach themselves to the feminine qualities of the new Dr. Who, leaving them susceptible to the wiles of lesbian cougars who like to prey on men, so they can learn more about male sensuality and take the lessons back to their woman-woman bedroom interactions.

Sociologists with the Christian Defense League of Texas imagine the fallout will be just a disastrous as when Star Trek announced their adventures would follow that of Captain Janeway, whose raspy sensuality and grim-faced stoicism across the cosmos was the second-leading cause of television-induced male gender confusion in the late 90s.

When looking at the affect of this show on women, the results are even more dire.  Analysts with the CDC confirm that shows such as Xena:  Warrior Princess, Star Trek:  Voyager, The Golden Girls and Friends have always resulted in higher per capita rates of classic lesbianism in markets where the show had the strongest Nielsen ratings.

Dr. Who, with its fantastical narratives giving exalt to unbridled sciences, will open up the mind to seeking answers and a world of untold possibilies, then only finding the answer is a role that has been held by a man since the 1960s is suddenly being owned by a woman.  The Christian Defense League of Texas warns that just two or three episodes of this show will likely confuse the brain’s gender region in such a way that lesbian experimentation of signs of classic lesbianism can result in any who watches:  vigorous working out of the tongue, deep unbridled desire to seek foreign estrogen, audible panting at the sight of toned thighs and female midriff, uncanny abilities of human and topical conversation.

College students are already lamenting and expressing fear that just seeing a trailer for the new season of Dr. Who with a female lead is confusing them and making them think about lesbianism, showing that they are already becoming agnostic or secretive about their XX homosexuality.

Has lesbianism effected your life in an unforseen way?  Please reach out to Marion on Facebook or Email to be interviewed so he can tell your story in his new video series Laying Down With Lesbianism:  Stories Untold. 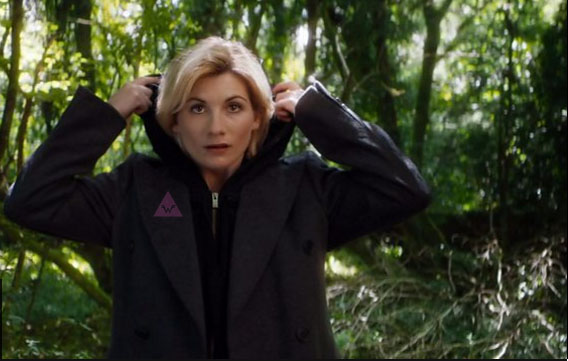