It is quite obvious that during the Obama years, the per capita rate of homosexuality drastically increased in every important country.  Now that we have a moral president in office, the onus of responsibility falls onto him to undo Obama’s dark deeds.

[adinserter block=”3″]The problem is that under Obama, gays usurped the right to get married and have since formed faux-family constructs in which they have bought homes, go about their days going to market and baking family pastries at Christmas time, all the way down to even adopting and expanding their families.

Now that all of this is true, is it truly okay for President Trump to break them apart?

There is definitely a battle of secret sciences going on between Christians and liberals.  With all their billions of dollars, lack of ethical oversight and outsourcing of American knowledge to the likes of China and North Korea, liberals have unfortunately made huge advances in the dark arts and it is no secret have even resorted to making Satanic deals to make their sciences more powerful.

Homosexual chemtrails have affected the lives of everyone, perhaps most popularly when Obama unleashed chemtrails on the state of Indiana, forcing it to turn from a non-gay marriage state to a pro-gay marriage state overnight.  Keep in mind Indiana is the home state of Vice President Mike Pence, and Obama was sending him a message on just how powerful his chemtrails could be.

If President Trump starts delivering chemtrails with massive amounts of Vatican-smoke mixed with homosexual antidote, then America has the responsibility to be there to socially support all the gay men who will be cured and want to get back to getting into a normal lifestyle of finding a wife, not being obsessed with bodybuilding and being content plugging into a normal 9-5 job to support their middle class nuclear family. 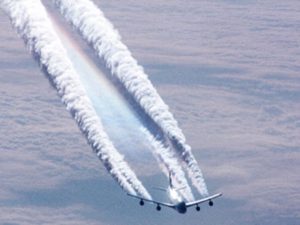