Details from Obama’s presidency continue to leak to the public.  Just hours after Obama delivered a scathing speech in which he blamed Republicans for the admittedly troubled presidency of Donald Trump, anonymous sources from the old Obama administration revealed that he forced NASA to experiment with time travel, so that he could travel back to nativity scene ‘and change Christianity in profound ways’ by influencing young Christ.

New details show that Obama was able to successfully use Einstein’s theory of space-time, bending reality in such a way that he was able to step through a portal of A.D. years and travel to the time of Christ’s birth.  Instead of risking not having the birth of Christ, sources from the Obama administration reveal he traveled back in a sackcloth hoodie and became friends with Joseph and Mary, so that he could gain trust in the family and show up to ‘whisper’ liberal thoughts into the ears of young Christ.

The History Channel caught wind of these details and tried to reveal how Obama traveled back to Biblical times in ‘The Bible’ series, but Obama went into an uproar and forced them to edit their film. 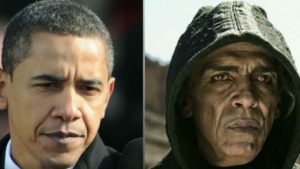 Now everything in the Bible that seems to contradict Republican edict makes sense.  Liberals are up in arms saying it is not Christian to want to cut 22 million people off healthcare and not give out food stamps because Christ believed in helping the poor and taking care of the sick.  But is this really true?  Did Christ believe that in the original timeline, or did Obama just manipulate him into believing such things?

[adinserter block=”3″]The Christian Defense League of Texas is petitioning the White House archives to release information on the topic under the freedom of information act.  But sources close to the White House reveal that Joseph, Mary and Jesus were originally a very Republican family, but after the ‘Obama space travels’ the original Bibles held in the Vatican began to ‘morph text’ and Obama’s influence was seen in the new words.